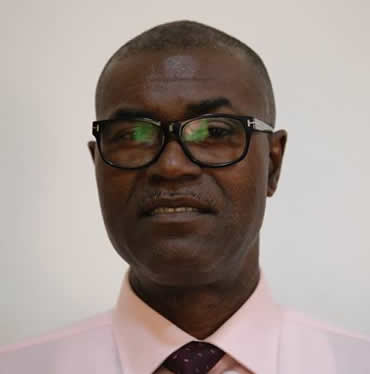 IGNATIUS O. AYEWOH is the Director Agriculture and Natural Resources Department. He joined the Bureau of Public Enterprises in 2000 as Chief Enterprise Officer. He rose through the cadre in the Bureau to become a Deputy Director Human Resources Development and Post Privatisation and Monitoring Department. He has also worked on reform, restructuring and commercialisation projects.

He was also the Head, Human Resources Development Unit as well as Head, Management Services in the Bureau charged with general administration activities and facility management services of the Bureau.

Born on July 31st, 1964 in Uromi, Edo state, he undertook his primary education in Uromi from where he proceeded to Irrua for his secondary education.

Thereafter, he was admitted into University of Benin for his degree programmes leading to award of a degree in Zoology. He also had a Post Graduate Diploma in Computer Science. Ignatius also holds a Master of Business Administration which he earned in 1995.

He has attended local and international trainings from reputable institutions and is an alumnus of Harvard University, Boston, USA where he studied Infrastructure in Marketing Economy.

Ignatius, who is married with children, has interest in reading and his hobbies include lawn tennis and jogging.